You are here: Home / WordPress / My WordPress Toolset: Themes / The State of My 2017 Toolset – Themes: Stability & Evolution 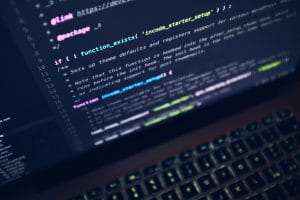 In my last post on the subject of WordPress themes was in 2014. At that time, I had just gone through a process of changing my themes toolset for my small business to Genesis from StudioPress.

That move was not the first time I had made such a change and, if you’ve read the previous 3 articles I wrote on the subject, you’ll see that I’ve been on a journey to find a flexible and powerful theme framework that meets specific criteria that I don’t think are commonly addressed or even talked about in most theme review posts you may have read in the past. The most important of those for me has become stability, both for the product and the vendor.

Well, it seems I have found this rare gem as, over 3 years later just like in 2014, I’m still using Genesis! I also now think that moving all our theme development work to it is one of the best decisions I made since I started using WordPress.

Why Genesis? The Stability Factor

As I mentioned in my post about reviving this site yesterday, in late 2014 I co-founded a new company with a talented graphic designer I’d known for years and we have been operating under that new business since November 2014. The company has grown to a small agency since then and I no longer handle all development work myself. We’re working with a small remote team of designers and developers who we needed to train. That meant defining a repeatable site development process I could pass to other people as easily as possible. Also, as we’re handling more projects than I could on my own, streamlining the development workflow was critical. And that is where Genesis shines.

I’ve now developed stable resources we use to start all our new projects. One is a simple a functionality plugin but more importantly, a starter Genesis child theme based on the official base Genesis Sample child theme (Sample 2.3.0 at the time of publishing this article). As we’re building more and more eCommerce sites based on WooCommerce, the support for WooCommerce that was added in Genesis Sample 2.3 was very welcome for me.

Further, always starting from the same base enables us to save development time as well as training time but it also enables me to evolve that code base as we meet new client project challenges which I’ll touch on in the next part. But also for me, it’s a natural evolution as my expertise with WordPress, Genesis and WooCommerce has grown. Genesis supports WordPress standards and best practices so I wanted to start new sites from a child theme that did the same for Genesis. I added more functionality with time including a theme settings page based on ACF (for quick iterations). When I started with WordPress, I wanted to not have to code as much as I had always done. Now I’m back to wanting the control that hand coding affords me when it makes sense.

My evolution with Genesis has two sides. The first and easiest to explain is that StudioPress themselves are improving Genesis all the time. From recently adding WooCommerce support in Sample and a number of their existing pre-designed child themes to refining hooks and filters, Schema.org markup and more, the framework itself is evolving constantly in a direction I really like. Genesis is a mature product so there are rarely revolutionary changes… and that is fine by me. Stability is key when maintaining a number of client sites. So Genesis is a very stable product but is also improving constantly and I know StudioPress will handle any larger changes responsibly with backwards-compatibility in mind as they’ve proven in the past.

The second part is the evolution in how I’m using Genesis. On one end, we’ve pulled back on using the Dynamik Web Site Builder child theme from CobaltApps. This is not because of any flaw in the product or any problems I’ve had with it, it’s only a matter of preferring to code most things by hand in a more traditional child theme now. I still believe in Dynamik and we’ll certainly use it again in the future. It would be a more compelling choice for me now if it supported WooCommerce out of the box, but that is not the case at this time. Yet, Dynamik is probably still the best option for people that want to create their own designs in Genesis but are not experienced coders.

The other thing that prompted an evolution in my Genesis workflow is page builders, especially Beaver Builder which we started using on client sites almost 2 years ago. Again, with a mindset of efficiency and streamlining our processes, Beaver Builder has enabled us to create more complex layouts a lot faster and easier than coding them by hand. It has also enabled us to empower clients to take control of their content like never before. I will write a separate review of Beaver Builder eventually but it has given us a whole other level of flexibility when building our Genesis based sites with add-ons like Beaver Themer and others. This flexibility enables us to keep the more important and sensitive functionality in Genesis, the child theme, and functionality plugins while giving better control of the content to clients when needed and in a way that makes sense.

I will detail these new workflows in upcoming posts including all the other tools we use.

So, contrary to 2 of my previous 3 themes toolset posts, this one does not describe catastrophic issues, broken sites and other problems requiring finding new solutions. Genesis is the WordPress theme and framework I have used the longest now. We still support sites that were created using iThemes Builder and WooThemes Canvas but we have not built a new site using anything other than Genesis since mid-2013.

Our iThemes Builder sites are very stable but it’s basically abandon-ware now. It’s supported but no longer actively developed as it basically only receives security fixes. That’s OK by me as I am not expecting any major changes or improvements from iThemes  anymore. I no longer have much skin in that game as we are slowly letting go of iThemes products one by one. I’d also gotten really tired of Builder’s many quirks as I was keenly reminded recently when we needed to add a new section to an existing client site originally done with iThemes Builder. It felt downright awkward to me to work with it again but it is not causing issues on our older client sites so there’s no rush to replace it.

On the other hand, our few Canvas sites can be much more fickle with updates as they occasionally require some CSS tweaks. That is annoying to me but issues are honestly few and far between now and the sites are all working fine. We only have 3 client sites running Canvas at this time and one of them is being redesigned right now and, of course, the new version is based on Genesis and our own starter child theme. So that will leave only 2 client sites we’ll have to potentially deal with if the WooCommerce guys ever release Canvas 6 which I will not upgrade client sites to as it will certainly bring breaking changes as version 4 to 5 had (I’ve only ever used Canvas 5.x). For now, Canvas still receives frequent security and minor functionality updates and is working well enough. But again, making any significant changes with it feels even more awkward than with iThemes Builder now and Canvas feels “heavier” in general and not all that flexible.

But our Genesis sites have never had any issues due to the theme or theme updates so that makes our agency life a lot easier and is reassuring for the future. I’m also loving working with it more and more even after 3 years which is a very good sign! The Genesis community is also still one if not the best community I’ve interacted with in the larger WordPress community.

My next post will probably be about my plugins toolset so stay tuned! There’s been a mix of stability and changes there as well…